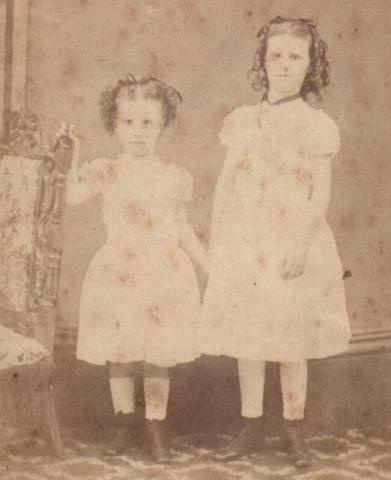 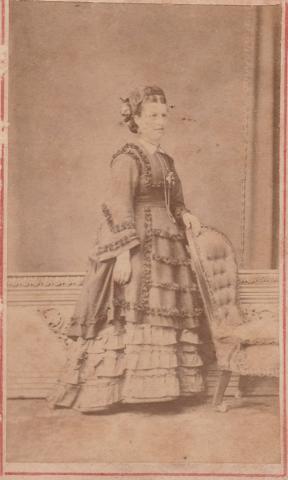 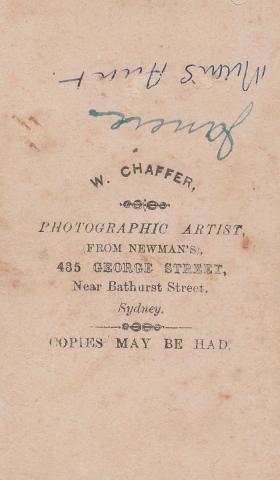 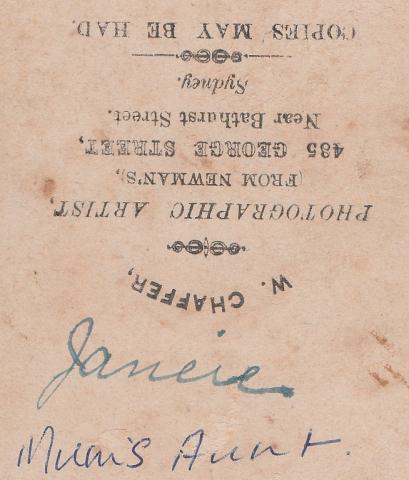 This photo might be Jane Vine (nee Ireland) (1841-1905)
It was taken by the same photographer and possibly at the same time as that of Maria Hay (nee Hopper or Hazelwood).  Maria died in 1880 and had granchildren living in Sydney.  Jane Vine (nee Ireland) was born in 1841 and was one of the grandchildren in Sydney. The photo is labelled ""Janeie Mum's Aunt". Jane Ireland was our great grandmother's aunt and as the photos belonged to our grandmother.

There is another photo labelled  "Auntie Jane, Mum's Aunt"  but they don't appear to be the same person. The origin of the handwriting on the labels needs to be determined as well.

This photo was probably taken in the 1870s. 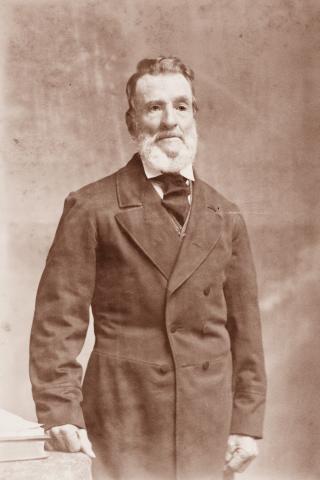 This photo would probably have been taken in the 1870s.